a "Deluxe Edition" of the Master Levels for Doom II

NOTE: Absolutely no retail game content is included in this compilation. To play, you will need to own Ultimate Doom, Doom II, and Master Levels for Doom II, combine them all with WadSmoosh, and run with the advanced source port GZDoom. The included readme explains how.

ALSO NOTE: This is a compilation of other peoples' fine work - distributed with the permission of the surviving authors - and I'm merely the curator, so all payments have been disabled.

In 1995 id Software was busy building Quake, and riding high from the success of Doom and Doom II: Hell on Earth, and more generally from Doom as a cultural phenomenon with millions of players and thousands of people creating their own add-ons with freely available tools. But id saw the sales of products like D!ZONE - unauthorized retail CD-ROM compilations of user-created levels, from which they (much less the levels' creators) didn't see a cent in royalties - as an act of bad faith. So they decided to, in John Romero's words, "give them a run for their money". id's Shawn Green reached out to a few notable community level designers and arranged to have them contribute never-before-released maps to a new, official compilation, to be sold at retail as "Master Levels for Doom II". The compilation was released on December 26th, 1995.

Nearly all of the designers who contributed to Master Levels soon went on to have some sort of career in games: Sverre André Kvernmo and John W. "Dr Sleep" Anderson ended up working together a few years later on Daikatana at Romero's Ion Storm studio, Chris Klie became a level designer at LucasArts, Jim Flynn played a key role on TeamTNT as a developer for the watershed source port Boom, Tom Mustaine later co-founded Dallas area game studio Ritual Entertainment, and Tim Willits went on to become no less than studio director of id Software until 2019.

There's more to this story, however, and what I found after a bit of research is that most of the designers submitted more levels than just the 21 that made it into the compilation, and three designers' submissions in particular were part of larger series, the rest of which did see free public release. I played these extra levels and found them interesting in their own right. They helped form a more complete picture of what these designers, and the Doom mapping community in general circa 1995, were up to.

And so I realized that here were the makings of something akin to a "deluxe edition" re-release of some classic rock album, with outtakes, demos, alternate versions, etc alongside the better known originals. And I realized that the all-in-one experience provided by my retail WAD merging tool, WadSmoosh, was an ideal way to sew all this material together into a cohesive and easy-to-play package.

Works of the Masters, then, is a 5-episode compilation of 42 levels total showcasing each designer's work in their fullest context, with the permission of the surviving authors to redistribute in this format. As mentioned above, you'll need to own the associated retail Doom games to play, and you'll need to combine their content with WadSmoosh, and run masters.pk3 as you would any other Doom addon.

To be clear, all the non-retail levels in Works of the Masters are available individually on the idgames archive; what this mod does is bring them together and put them into a deliberate sequence that was absent from the original Master Levels release (being just a folder containing WAD files).

Some additional material is included with the compilation: the original README files for the freely released levels, and a readme by me which includes this writeup, instructions on how to play, some thoughts on each episode, and some reference links for further reading.

Open the included readme file, "masters_readme.html", in your browser for instructions on how to play this mod.

Considering that this is made by the same person behind WadSmoosh, I was wondering if it could be built into the program?

And on a side note, maybe you could implement the Master Levels Menu Interface into this?

1. This question falls under the "why don't you add WadSmoosh support for [random free mod that you can just download and load in like any other mod]?" section of the WadSmoosh FAQ - because WadSmoosh is for packaging up retail content only.

2. The point of Master Levels Menu Interface is that you can jump into any level at random. The point of this mod is that the levels have been placed into a deliberate sequence that establishes them in the context of their authors' other work. These ideas are incompatible.

1. Excuse me but where is this FAQ you are referring to? I don't see it on the itch.io page. In other words, I understand.

2. While I do understand where your coming from, I should let you know that it doesn't have to be in absolutes. Let's say I wanted the extra levels provided by this mod and the ability to play them in any order I like. That could be provided as part of a separate mod, giving the option of playing in a set order or playing in whatever order you like.

All in all, I just wanted you to know of any potential oversights.

I have a couple of questions concerning this. First of all, does it matter if "masterlevels_order_xaser.txt" or "masterlevels_order_psn.txt" has been used for the wadsmooth process? Secondly, is it possible to make this compatible with the Master Levels 25th Anniversary pack? I understand that not every level is covered, and I wouldn't mind if Ultimate Doom/Doom 2 tracks were kept for the extra levels, but having that as an option (even a partial one) would be nice. Third, I can't seem to be able to see which episode I'm choosing when I'm using a 4:3 aspect ratio (running GZDoom 4.7.1)

The level ordering used does matter, as the mapinfo.txt in the mod expects the retail maps to be named a certain way. As it says in the readme, it assumes the default "Xaser ordering" is what's used. You'll probably get the wrong maps if you use the PSN order.

Does the 25th Anniversary pack just add new music? If so it would be possible to hack in those tracks by editing the mod's mapinfo.txt to point to those new tracks.

The selection skull not being visible in 4:3 seems like it should be a GZDoom bug, ie a long episode name should never cause that. I'll inquire on the ZDoom forums.

The in-game description for the default pistol-start mode is incorrect. It says "only pistol start in Cabal episode", but that mode does the opposite: it pistol-starts in every episode except Cabal.

Tried this out today with the latest WadSmoosh, on ACHRON22 there is no sky texture.  In the console, I see:

Check your wadsmoosh.log to make sure that the Master Levels were included without errors. ML_SKY3 is extracted from those WADs.

Yup, I got confused and broke something on my side, fixed now.  Thanks!

Could you share what you did to fix that?

For the life of me I can't figure out how to fix it.

It's suspicious that, when I run "wadsmoosh.exe", the output is a "pk3" folder, and not a file... I can pack it up into a .zip file and then rename it to .pk3, but, maybe the mistake is somewhere around that?

I'm completely stumped at this point. Any help would be greatly appreciated.

After running WadSmoosh, you should have a file named `doom_complete.pk3` alongside the `wadsmoosh.exe` you launched.  That's the real output of WadSmoosh, that `pk3` folder you found is just the working directory where WadSmoosh extracted everything to.

Regarding the skies, double-check the contents of `source_wads`.  I don't recall the exact fault on my side now (its been months) but the issue was that WadSmoosh wasn't finding all the data it needed because I'd messed up a filename.  My exact fault probably isn't the same as your exact fault, anyway, so double-check the names and MD5 sums of all the files (MD5 sums can be found on one of the Doom wiki fan sites).  Better yet, check the log!  That's what clued me in.

Thank you very much for all the info.

I've no clue how to check MD5 sums, and I don't really understand how to read the log deep enough so as to discover the issue, but that's ok, I'll eventually figure it out.

Edit: Fixed! I re-dl'ed Master Levels and used those fresh installs for WadSmoosh and it generated the 'doom_complete.pk3' as intended.
And the sky errors have been fixed as well!
Thanks again for the help!

Is there a version of Master Levels Deluxe that runs as a seperate episode but keep the rest of the episodes created by WadSmoosh such as Ultimate Doom, Sigil, Hell on Earth, and so on?

Playing this with Captain J's excellent Netronian Chaos gameplay mod causes my arsenal to get reset at the beginning of the next level. :(

Currently all episodes except for Cabal reset inventory at each map transition, as one would experience playing the Master Levels separately. This is currently defined in the MAPINFO so there's no way to turn it off. I think what I should probably do though is integrate my "optional pistol start" mod that adds a menu option, leaves the current behavior as default but lets people turn it off entirely for whatever reason. No ETA on when I can have this added but it should be pretty simple.

Okay, I've released a new build with a menu option for this:

Let me know if that doesn't work with any mods you're using.

That was quick! And it does seem to work, at least with Netronian Chaos... although I have to launch GZDoom without it first so I can adjust the setting, as it does not appear while Netronian Chaos is running. I guess it is not your fault that the mod's options override yours.

What I do not understand with the reset inventory is that it makes most secrets pointless, since they do not carry over to the next level. This is not your fault either, just something that strikes me as odd with the Master Levels' original structure.

In any case, thanks for the update and for the compilation! :D

Which IWAD are you running the mod with? It depends on having a doom_complete.pk3 IWAD created with WadSmoosh that includes the Master Levels files.

I'm using DOOM2 as an IWAD, doom_complete.pk3 generated with the latest version of WadSmoosh (incl. the Master Levels).

I think the problem was caused by me using the DoomLauncher to run the mod, and probably something went wrong with loading order. I've just ran the mod by making a shortcut to gzdoom with appropiate -file parameters, and the maps load as they should.

No problem! Yeah it's expecting the equivalent of this command line: 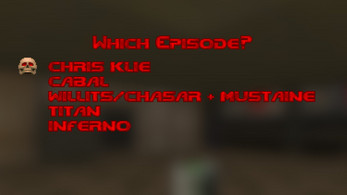 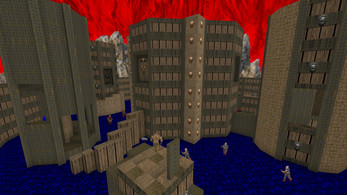 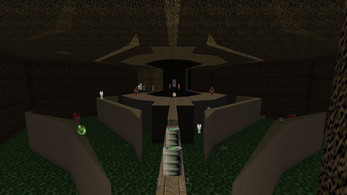 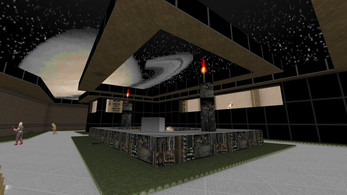 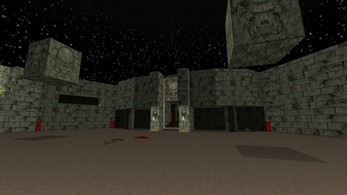 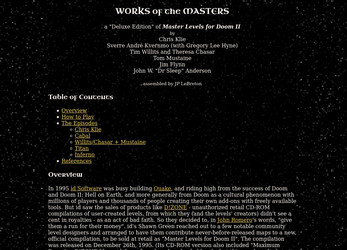